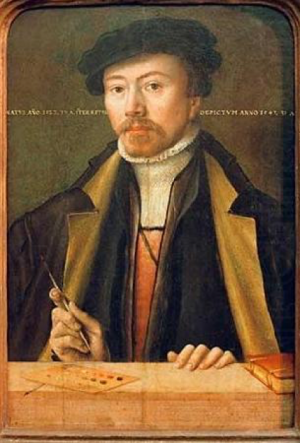 Lucas Cranach the Younger was born in Wittenberg on 4 October 1515 as the youngest son of Lucas Cranach the Elder and Barbara Brengebier. He began his career as an apprentice in his father’s workshop alongside his brother Hans.. Henceforth, his own reputation and fame grew. After his father’s death, he assumed control over the workshop.

On February 20, 1541, he married Barbara Brück, who went on to bear three sons and a daughter. She died February 10, 1550, and thereafter Cranach remarried, wedding Magdalena Schurff on May 24, 1551. This union produced three daughters and two sons, including Augustin Cranach.

He is known for portraits and simple versions of allegorical and mythical scenes. The style of his paintings can be so similar to those of his father that there have been some difficulties in attribution of their works. Prominent scholars seem to, nowadays, tend toward the opinion of honest description of his talent as, stoic and undeveloped, at most.

He was also a reputed engraver.