An artist in power

You could debate which country has the most ornate government office: the gilded Elysée, the fortress like Kremlin, the hulking Great Hall of the People in Beijing. But no leader has an office quite like Edi Rama, the prime minister of Albania. Covering the walls of his office in Tirana are hundreds of drawings: colorful, tightly wound abstractions, with tendrils of color spiraling out from densely packed cores. The wallpaper, it turns out, is of the prime minister’s own design. Rama says: “politics, with its insanity, can sometimes make art even better.” 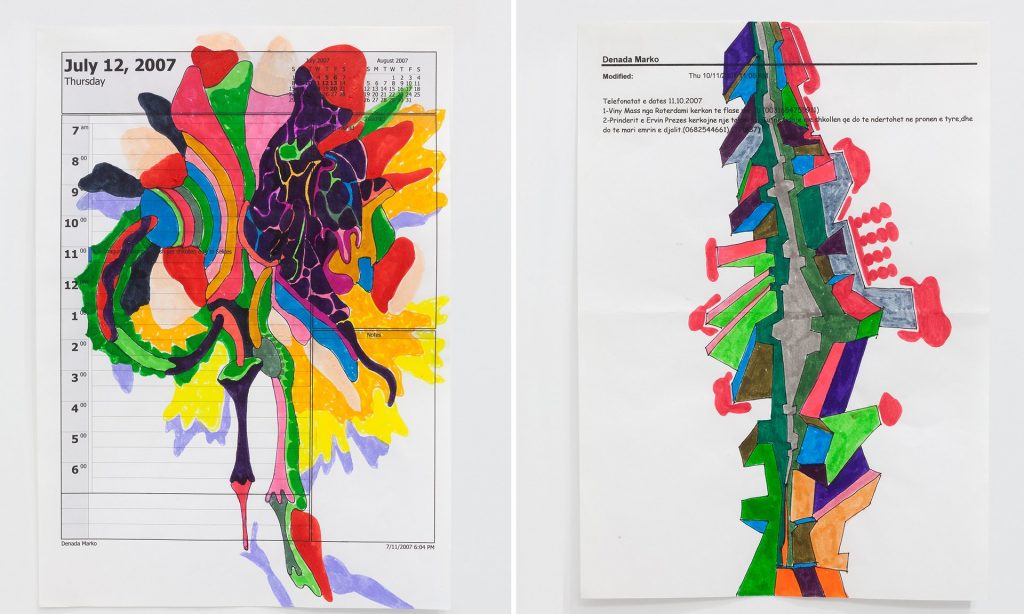 Rama is that rarest thing: not a politician with artistic leanings, but a real, bona fide artist in power. A former art professor, he had no intention to enter public life –and when he did, he didn’t fully abandon his initial career. Now, amid debates on EU accession and occasional squabbles with Balkan neighbors, Rama is preparing for his first US exhibition, in New York. It is surely the first time a sitting head of government has nabbed a show at one of the world’s leading galleries; even George W Bush, who started painting only after his presidency, couldn’t get a show outside his own library in Dallas.

Rama, who leads Albania’s Socialist Party, came to power in a landslide in 2013. He had previously spent 11 years as mayor of Tirana, one of Europe’s poorest capitals. With little money to repair the city’s rundown infrastructure, Rama undertook a rough-and-ready makeover, ordering its drab, communist-era apartment buildings to be repainted in bright, bold colors. There’s a palpable energy when you walk the streets of Tirana unlike anywhere else in the Balkans: the city’s young, multiethnic and literally multicolored.

“It had a chain effect I didn’t imagine. Once the buildings were colored, people started to get rid of the heavy fences of their shops. In the painted roads, we had 100% tax collection from the people, while tax collection was normally 4%. People accepted to pay their share for the city, because they realized that through the colors the city exists.”

Rama’s first act after his election in 2013 was to tear down the barricades around the prime minister’s office –a low-slung bunker on Tirana’s Martyrs of the Nation Boulevard,  next door to a crumbling concrete pyramid dating from the end of communist rule. The front door is wide open now, and above it is a Broadway-style marquee: an artwork by Philippe Parreno. Walk under the bright marquee and you’ll discover the new Center for Openness and Dialogue, featuring an art gallery, a library, a small cinema and internet kiosks, open for free until late at night. The goal, the PM says, was to “make the first floor for the citizens, the second floor for power”.

Rama became a professor of painting at Tirana’s Academy of Arts in the waning days of communism, and took part in the protests that paved the way to democratization. He was awarded a fellowship in Paris. He might have stayed in France, but in 1998, while in Tirana for his father’s funeral, he got a call that changed his career: the then prime minister was reshuffling his cabinet and looking for a culture minister. There was no budget to speak of, but Rama was able to pull off Albania’s first international art exhibition –the “biennial without money,” he calls it– which brought Europe’s artists and curators to the once isolated nation for the first time.

It was at the culture ministry that Rama began doodling, almost without noticing. “I couldn’t find a way to survive these long meetings. Drawing helped me to listen. Only much later did I read studies that showed doodling improves concentration or lowers stress. It’s a process that has become completely part of me. And it’s very fruitful. If I’m in circumstances when I can’t do it I feel nervous, I simply feel like I’m not there.”

But, critically, Rama works at the office. These are not a hobbyist’s Sunday paintings; they’re made at the desk of the most powerful man in the country, at the same time as he meets with ministers or makes decisions. Most of them are done on A4 printouts from Microsoft Outlook of the prime minister’s daily schedule – flowers blossom and monsters emerge from the regimented hours of a politician’s day. The drawings, with their seething colors and winding curves, don’t illustrate, or even abstract, the rough and tumble of politics. Instead, they reassert the individuality of a man whose job is to represent others.

Albania is still poor. Corruption remains endemic, though Rama has made progress. But Tirana, at least, is rocking: hipsters guzzle beer in the shadow of the colored buildings, and the city’s huge main square is being remade into a pedestrian idyll.

Rama has a full inbox. Is there room for art in such circumstances? “When I became a minister, I thought art was gone once and for all,” he says. “The stress, the burden, was overwhelming. A daily battle for things you never imagined. And then when this happened. I thought that politics is the battle of everyday life. And art is like a prayer.”