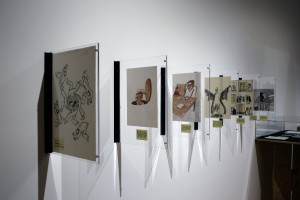 Recently, Holland Cotter was writing an excellent article in the American newspaper ‘The New York Times’ (on December, 3, 2015) about the representation and the presentation of corruption’s phenomenon in the visual arts.

In this conceptualization, it’s very important to know that the E-flux gallery began in 1998 with an emailed news release for a one-night group show in Chinatown. Since then, it has grown to include a monthly journal and a wide-reaching distribution system for art world information, and it’s become one of the few galleries in New York city to present politically minded global fare consistently. Its current show, “Corruption: Everybody Knows …,” will be the last in the organization’s Manhattan space — e-flux gallery is moving to Brooklyn in 2016 — and is very much in its signature think-piece mode.

Organized by Natasha Ginwala, a curator and writer based in Berlin and India, it approaches its theme through gnomic works — each feels like a piece of a larger project — by two dozen artists and a collective. Occasionally, the corruption is in the form of physical decay, depicted or actual: In a 1955 ink drawing by the Indian artist Francis Newton Souza, from his “Gentlemen Series,” a head seems to be disintegrating; in an installation by Charles Stankievech about nuclear waste, cobalt-radiated grapefruit rots away.

Moral corrosion is implied in a piece by Yin-Ju Chen and James T. Hong involving sex toys and live fruit flies. And geopolitics is the defiling agent in satirical cartoons by Sarnath Banerjee and Gabriel Acevedo Velarde; in videos by Hassan Khan (about Hosni Mubarak’s Egypt) and Naeem Mohaiemen (about the 1971 war in Bangladesh); and in audio scripts based on Indian government phone taps by the collective CAMP.

Is there no anti-corruption hope to be had? Franco Berardi, also known as Bifo, finds some in a recent address by Pope Francis. So does Hu Fang in an ensemble of horticultural prints titled “Why We Look at Plants in a Corrupted World.” And there’s sound thinking in essays by several artists — Denise Ferreira da Silva, Elizabeth A. Povinelli, Wietske Maas, Aaron Schuster — in a concurrent issue of E-flux Journal. E-flux is talking about reducing its exhibition schedule after its move. I really hope the principals change their minds and keep bringing us artists and ideas we would not otherwise find.

Corruption is a real moral cancer for our societies, it’s a real and important problem for our democratic systems, it’s one of the most important questions to resolve for the present and the future. And it’s significant and very interesting the involvement and the engagement of artists in this fight for the decency, the objectivity, and the honest way of life. We need your involvement, and we need also our engagement. Thanks for work in this sense.