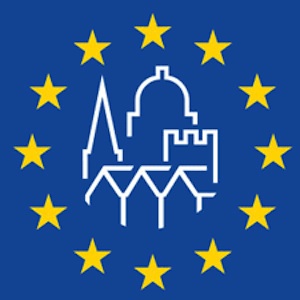 Recently, the Directorate-General for Research and Innovationof the European Commission has published the document “Getting Cultural Heritage to Work for Europe. Report of the Horizon 2020 Experts Group on Cultural Heritage”.

Cultural heritage is a significant force for 21st century Europe. Not only is it at the heart of what it means to be European, it is being discovered by both governments and citizens as a means of improving economic performance, people’s lives and living environments.

Interest in, and support for, cultural heritage is changing. Two centuries of discussion and debate about collecting and conservation has led to a broad consensus in favour of preserving remains of our past. A passion, no less, exists for collecting historic artefacts, nurturing traditions and protecting historic places. This enthusiasm has moved far beyond the traditional boundaries of the monument and the museum case to embrace intangible heritage and cultural and natural landscapes and ecosystems. Though each European nation has its own traditions, approaches and laws this has left the continent, as a whole, with some of the richest cultural heritage in the world.

Many now regard cultural heritage, not as a luxury, but as a vital resource for citizens and a key part of Europe’s competitive advantage with the rest of the world. Europe offers something that, in terms of living and working environments and tourism, is envied world-wide.

The report considers the contribution that innovative use of cultural heritage can make to a smarter, more inclusive and more sustainable Europe now and in the future.

The economic benefits of cultural heritage have most commonly been seen in terms of tourism, but it is now also seen as an innovative stimulant for growth and employment in a wide range of traditional and new industries. It is also to be recognised as major contributor to social cohesion and engagement as a way of bringing together communities and stimulating young people to engage with their environment. Many countries have successfully exploited these benefits, generating prosperity, bringing new jobs and creating improved environments. This report gives some concrete examples of how cultural heritage has been a production factor in local and national economies.

Yet this positive experience of cultural heritage is not yet universal. In many places, both urban and rural, rich cultural assets have not been recognised for the potential they hold to regenerate and renew. Getting Cultural Heritage to Work for Europe argues that the European Union should vigorously promote the innovative use of cultural heritage for economic growth and jobs, social cohesion and environmental sustainability.

This report suggests that lessons should be learnt from places where cultural heritage has been a positive economic, social and environmental driver. Innovative financing, new forms of governance, unified landscape management, public private partnerships, crowd-sourced funding, philanthropy and many other innovative and creative approaches have been taken to releasing the locked-up potential of Europe’s heritage. Those lessons should be applied to unlock the possibilities for growth and development that cultural heritage holds across Europe.

The evidence demonstrates that relatively modest investment in cultural heritage can pay substantial dividends. These can be taken economically but also in terms of improving environmental sustainability and social cohesion.

And here, the link with this report.

Have a good lecture!

With this article we begin a relaxing period. Merry holidays and until the first Thursday of September!