Rembrandt, Michelangelo and the philo-Semitism

Philo-Semitism – the appreciation of Jewish culture – has been hotly debated of late, in the wake of a new book by Julie Burchill and against a backdrop of Middle Eastern conflict. We should look to Rembrandt and Michelangelo to celebrate its true spirit.

They are a glowing union of life and light surrounded by darkness, two orbiting stars whose luminous love may be the only warmth in an otherwise empty barren universe. The man gently touches the woman’s chest. Both have eyes of infinite gentleness, a noble yet humble tenderness.

In the National Gallery, Rembrandt’s masterpiece of love and inwardness is called Couple Posing as Isaac and Rebecca, but its popular title is The Jewish Bride. That traditional name seems fitting to me, for it conveys the philo-Semitism of one of Europe’s greatest painters.

This term philo-Semitism has been caustically debated recently. Julie Burchill’s new book in which she protests her admiration not just for Jewish people but her peculiar macho vision of Jewishness is giving it a bad name. But as a non-Jewish admirer of Jewish culture myself, I find this critique of philo-Semitism a bit troubling. What do you prefer – anti-Semitism?

Hatred of Jews remains the most persistent and lethal form of racism in history. No other ethnic identity has faced such a sustained and efficient attempt to eradicate it by a powerful modern industrial state, that left more than 5 million people dead and entire cultural worlds extinguished. 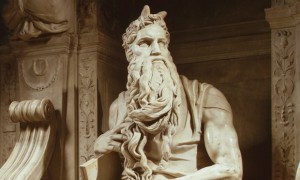 The Holocaust was the outcome of a vicious anti-Semitism going back deep into Europe’s history. The First Crusade started with a slaughter of Jews in the Rhineland in 1096 even before the bloodthirsty knights got to Jerusalem and massacred its inhabitants of all faiths. Nor can Britain complacently imagine we were different. In 1290 the Jewish population of this country was expelled. It took Oliver Cromwell to end the exclusion. Rabid anti-Semitism scars Christopher Marlowe’s play The Jew of Malta and cannot be written out of Shakespeare’s The Merchant of Venice.

This hatred is not safely confined to the past. Ukip, on the edge of becoming a mainstream British political party, is allied in the European parliament with a Polish far-right Hitler fan. Meanwhile anti-Semitic attacks increased this year.

The counter-tradition of philo-Semitism, which long predates Julie Burchill, surely should be praised rather than condemned. One writer whose philo-Semitism often goes unnoticed is Giorgio Vasari, whose 16th-century book The Lives of the Artists tells how Rome’s Jewish population adopted Michelangelo’s statue of Moses as an icon. Vasari says Roman Jews would go and see it regularly. Centuries later Sigmund Freud would describe his own visit to the Moses as a kind of pilgrimage.

Michelangelo’s Moses belongs to a category of European art that so deeply identifies with the Old Testament it can be seen as “Jewish”. For Michelangelo, the man who led the Israelites out of Egypt is one of the great heroes of history: that was how Renaissance thinkers saw Moses, as a great secular leader. Machiavelli praises him in The Prince.