US, Russia, Trump and Museums 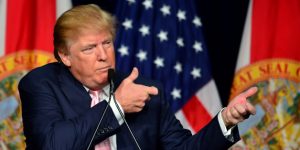 Mikhail Piotrovsky, the director of the State Hermitage Museum in St Petersburg, is optimistic that museum loans between Russia and the US can begin again soon. Piotrovsky spoke to The Art Newspaper (January 2017) as the US Senate voted to pass new legislation that will protect works of art on loan to the US from foreign institutions.

All Russian loans to the US were halted in 2011 amid fears that they could be impounded after a US federal judge’s ruling that Russia must transfer a collection of books seized by the Bolsheviks to the Brooklyn-based Chabad-Lubavitch, an Orthodox Jewish community that fled the Soviet Union. Russia refused and, as a result, major US museums stopped lending to Russia.

Piotrovsky describes the impasse as regrettable. “It is shameful that there are no exhibitions,” he says.

Just days after the Senate approved the new law; President Barack Obama vowed to retaliate against Russian hackers’ attempts to influence the US presidential election. “We need to take action and we will,” he said on 15 December.

Whether Obama’s efforts will continue under his successor and whether they will affect cultural relations between the two countries remains to be seen, but Piotrovsky has reason to be positive about the Hermitage’s relations with the US improving under the incoming administration. “I’ve known Trump a long time,” he told The Art Newspaper. He met the president-elect in 2009 in Palm Beach, where Trump has a waterfront property called Mar-a-Lago.

Piotrovsky was in the Florida town “on Hermitage matters”. He recalls meeting the president-elect: Trump “met me and said, ‘Hello, [are you] the director of the Hermitage? The Hermitage is the best museum in the world’.” Piotrovsky was visiting Trump’s estate, the former winter home of Russophile and collector Marjorie Merriweather Post, where a brunch was held in honor of the New York-based Hermitage Museum Foundation.

The museum director says that he has raised the issue of the difficulty of arranging loans between Russia and the US with Trump and has also discussed the matter with Hillary Clinton.

On 10 December, the US Senate voted to pass the Foreign Cultural Exchange Jurisdictional Immunity Clarification Act, which was then enacted after being signed by President Obama on 16 December.

Piotrovsky says he believes that the bill “allows, as it seems to us, for the American government to give guarantees… an exhibition has arrived [in the US] and an exhibition will [return to Russia] no matter what. The whole world gives such guarantees.”

Speaking after the bill was passed, he said: “This is a happy event. It helps in our battle for the priority of the rights of culture and the importance of cultural ties. Especially now, when they remain one of the few bridges that connect people in our time of mutual hatred and various phobias.” Piotrovsky says that the Hermitage and US museums have “many mutual projects” that have been put on hold. “I greatly hope that this bill will make it possible to get government guarantees on the timely return of exhibitions. And then finally the Hermitage’s Gallery of Treasures will be shown in Houston, and we will see Poussin from Philadelphia and El Greco’s Laocoön from Washington.” He paid tribute to “the huge work carried out by our colleagues” in the US.

The bill was supported by the American Association of Art Museum Directors. The executive director of the association, Christine Anagnos, said that her organization supports the legislation because “it will help to ensure that foreign government lenders are not discouraged from lending works of art to American museums”.
Opponents of the law include Marc Masurovsky, a co-founder of the Holocaust Art Restitution Project. He says that, once the law is passed, it “will make it virtually impossible for a ‘source nation’, an indigenous tribe or any victim of totalitarian regimes whose property was confiscated to go before a US court and seek redress and recover his or her property”.

The resumption of loans between Russia and the US will depend on how the Russian government reacts to the new US law, Piotrovsky says.

“There will be another question,” he says. “Will the Russian government and the Russian ministry of culture regard these guarantees as sufficient, since the situation is always acute? Will there be lawsuits or not?” But it now seems there is “plenty of room for serious cultural co-operation”, he says.