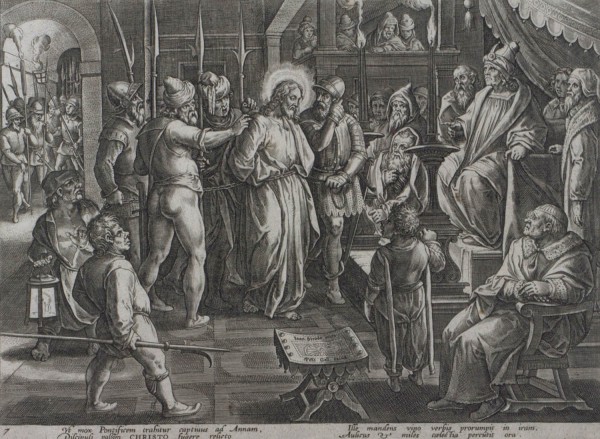 Set of five prints of the Via Crucis (I).
Johannes Stradanus’s drawing and Phillipe Galle’s edition. Edition XVIIth century, Flanders.