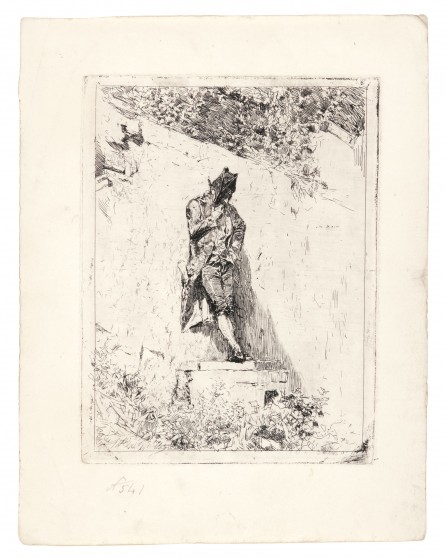 Marià Fortuny i Marsal (June 11, 1838 – November 21, 1874), known more simple as Marià Fortuny or Mariano Fortuny, was a Catalan painter. His brief career encompassed both the Romantic fascination with Orientalist themes, and a prescient loosening of brush-stroke and color.

He was born in Reus, in Catalonia. Thus, Marià was raised by his grandfather, a cabinet-maker who taught him to make wax figurines. At the age of 9, at a public competition in his town a local painter, teacher and patron, Domènec Soberano i Mestres, encouraged further study. At the age of 14 he moved to Barcelona with his grandfather. The sculptor, Domènec Talarn, secured him a pension allowing him to attend the Academy of Barcelona (La Llotja school of art). There he studied for four years under Claudi Lorenzale and Pau Milà i Fontanals, and in March 1857 he gained a scholarship that entitled him to two years of studies in Rome starting in 1858. There he studied drawing and grand manner styles, together with Josep Armet i Portanell, at the Academia Giggi.