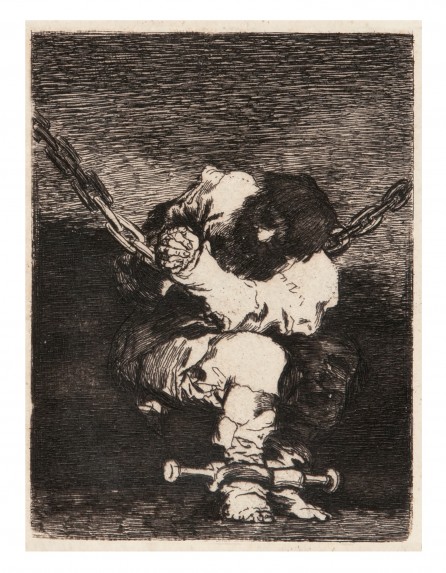 Francisco José de Goya y Lucientes (30 March 1746 – 16 April 1828) was a Spanish romantic painter and printmaker regarded both as the last of the Old Masters and the first of the moderns. Goya was a court painter to the Spanish Crown, and through his works was both a commentator on and chronicler of his era. The subversive and imaginative element in his art, as well as his bold handling of paint, provided a model for the work of later generations of artists, notably Manet, Picasso and Francis Bacon.

Goya was born in Fuendetodos, Aragón, Spain, in 1746. He spent his childhood in Fuendetodos, where his family lived in a house bearing the family crest of his mother. His father earned his living as a gilder. About 1749, the family bought a house in the city of Zaragoza and some years later moved into it. Goya may have attended school at Escuelas Pias. He formed a close friendship with Martin Zapater at this time, and their correspondence from the 1770s to the 1790s is a valuable source for...