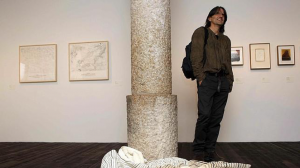 Of self-taught formation he takes clear influences of authors like Joan Brossa, with he will share work mixing the painting and the poetry.

His work covers a discursive plane of subject matter that includes humans’ relationship with nature, the society of the spectacle,  and the reevaluation of modernist painting. He has been exhibiting his work around the world since 1990 in such institutions as the Arnolfini Gallery in Bristol, England, the Meyers Bloom Gallery in Santa Monica, California and the Galeria Joan Prats in Barcelona, Catalonia.